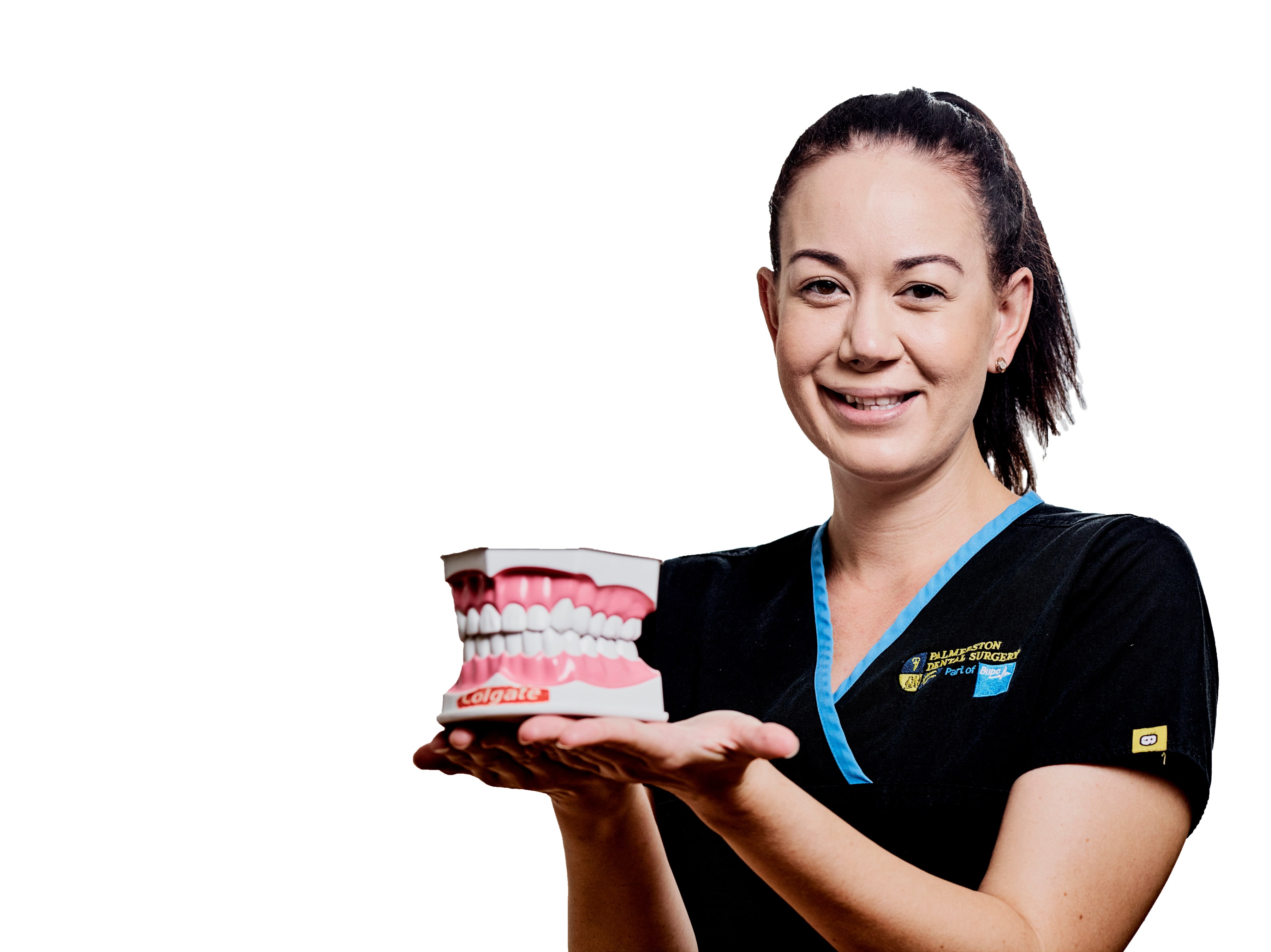 Thanks to the “disease” part of the name, periodontal disease can sound a lot scarier than it really is. In fact, it’s pretty common throughout Australia and the rest of the world, and while it certainly is best avoided, the disease is largely preventable and treatable with good dental care.

If you’ve come across the term, you might a few questions. Here are some of the most commonly asked questions about this issue.

What is periodontal disease?

Gingivitis is the first stage of the disease. The symptoms are fairly minor and typically include swelling or slight bleeding of gums when you eat or brush your teeth. The good news is that it’s easily treated and preventable (more on that later), but the bad news is that it can worsen if it’s not addressed.

In terms of physical symptoms, periodontitis will have the same inflamed and bleeding gums as gingivitis, as well as bad breath, tenderness while eating, receding gums, a bad taste in the mouth or even loose teeth.

Another symptom is that of “periodontal pockets,” which is where the gum pulls away from the tooth. When this happens, bacteria also accumulates in this gap, creating even more damage and eventually leading to bone damage or the loss of the tooth.

Gum disease usually arises when plaque gets a chance to build up on your teeth.

When you brush your teeth, you’re helping to scrub off this layer of plaque that has accumulated since your last brush. However, when you don’t brush, the plaque remains, and the bacteria it contains will feed off the sugars in your food and drink.

Once plaque and its bacteria have had a chance to multiply over time, your body tries to fight them off with its immune response, which can lead to inflammation around the gums.

How do I know if I have periodontal disease?

The first sign of periodontal disease is usually that of bleeding gums. Because redness and swelling can be tough to spot unless you’re looking for them, a little blood when you spit out your toothpaste will usually be the first time you spot the issue.

Alternatively, our expert dentists may be the first to see the signs. Our team is trained to look out for such symptoms, so would pick up on the problem during a routine check-up.

Can you treat periodontal disease?

Yes! Should you encounter gingivitis, the issue is quite easy to treat. Sometimes the only treatment you’ll need is a strict oral hygiene routine. That means brushing twice daily for two minutes, as well as flossing. You may also use a mouthwash for extra action. These cleaning agents are typically all that’s needed to remove the plaque and bacteria that’s causing the problem, but your dentist at Palmerston Dental Centre will let you know any necessary steps.

If you have been diagnosed by your dentist with periodontitis, your exact treatment will largely depend on how advanced the disease is.

The initial treatment will probably be a procedure known as scaling and planing. During this appointment, your dentist or hygienist will scrape away the plaque from your teeth and below the gumline. You may be given an anaesthetic, and it may take more than one visit. After this treatment, your gums will be given time to heal over the teeth again, and you’ll need to see your dentist again to ensure the issue is resolved.

If your gums have developed periodontal pockets, your dentist may perform scaling and planing, followed by a pocket reduction surgery to remove the pocket and allow the gums to grow back naturally.

In cases where gum tissue or bone has been lost, an oral surgeon may perform a graft to replenish the site. These cases are rare, however, as most patients who suffer from periodontal disease recognise that there is an issue and seek professional help long before the problem can progress to this level.

How can I prevent periodontal disease?

Ideally, of course, problems such as periodontal disease are best prevented before they have a chance to develop. And much like the majority of common dental problems (such as cavities), you can usually avoid them through a proper oral hygiene routine.

This means regular brushing and flossing, a healthy (low sugar) diet, and regular visits to the dentist. It’s also advisable for smokers to quit the habit, as this can be greatly detrimental to oral health.

If you think you might be suffering from periodontal disease, contact Palmerston Dental Surgery for a customised treatment plan to restore your oral health. Contact us on 08 8932 1544.

Any surgical or invasive procedure carries risks. Before proceeding, you should seek a second opinion from an appropriately qualified health practitioner

From Monday 27 April our practice will be open again and taking appointments for a broader range of important preventative and other treatments, consistent with the most recent guidelines issued by the Government. These include examinations, fillings, non-surgical extractions, denture procedures and orthodontic treatments, in addition to being available to support any emergency dental needs.

We’re currently open 8am to 5pm Monday, Tuesday and Wednesday. 8am to 4pm Thursday and Friday.

Our priority remains the safety and well-being of people – our patients, our people and the community. We’ve implemented a number of safety measures to help minimise risk of COVID-19 exposure within the practice. These include:

To speak with us about your dental care needs or to book an appointment, please call us on 898321544.

We look forward to welcoming you into the practice soon.